The World Cup Soccer Tournament wasn’t the only international event this summer, as Concordia University Wisconsin again hosted high school students from Japan and Uruguay for intensive English and Culture Programs, as well as science camps in the university’s environmental center.

Christine Kao, senior director of academic partnership and development in the Asia Pacific region, credits Dr. Michael Dietz, director of curriculum and instruction for the School of Education’s graduate program, along with former Mequon mayor Curt Gielow, with having the vision to bring these international students to campus. Gielow is now Chief Executive Officer at Concordia University Ann Arbor. A friendship agreement was brokered with Tomisoto, Japan 17 years ago, and the mayors from both cities exchanged gifts, enhancing a relationship where Japanese middle school students still visit Mequon for a week each October.

“The Japanese government is high on global experiences for their students and funds these initiatives to American universities with upwards of a half million dollars in grants,” said Kao, who noted 2018 marks the first year of a second, five-year program as part of Concordia’s Summer Global Engagement Institute. 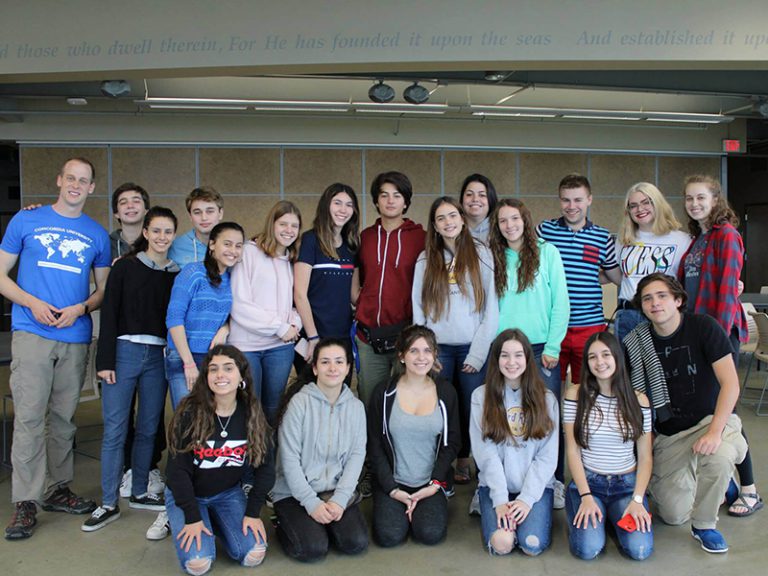 Earlier in the summer, students on their winter break from San Pablo Lutheran High School in Montevideo, Uruguay spent time studying water chemistry not only on campus, but at the university’s Whispering Pines Retreat Center in Shawano.  During this, the fifth year of the Uruguay Immersion Adventure, students attended a Milwaukee Brewers game at Miller Park, toured the Jelly Belly factory in Pleasant Prairie, and spent a day sightseeing and shopping in downtown Chicago. “We plan a variety of field trips to immerse the students in true Midwest culture,” noted Dietz, a former middle school principal in the Mequon-Thiensville School District.

Earlier this month, nearly 50 students from Makuhari Sohgoh High School and Niihama High School arrived on campus despite the challenges of a typhoon in their homeland, the former for an intensive English & Culture Program, the second for an English Emergence & International Environmental Science Camp. Field trips to the Wisconsin Dells, Devil’s Lake State Park and historic Lambeau Field in Green Bay highlighted the week’s activities, along with learning to make homemade toffee on their third day in America.

In addition to current faculty, Kao praised Concordia’s new provost, Dr. Michael Uden, and longtime School of Education Dean Dr. James Juergensen with playing integral roles in this program’s success by traveling to Japan on several occasions years ago to lay the groundwork. “We are a true family; humble and supportive of each other’s efforts,” noted Kao. “Like Japanese dishes, we are small, but the quality is there.”